Linda Buckley is an Irish composer (born in Cork, 1979) who has written extensively for orchestra (BBC Symphony Orchestra, Dresdner Sinfoniker Orchestra, RTÉ National Symphony Orchestra, Irish Chamber Orchestra), and has a particular interest in merging her classical training with the worlds of post punk, folk and electronica. She is “one of the leading figures in the thriving Irish new music scene” (Christopher Fox, Tempo) with her work being described as “sublime and brilliant” (Tom Service, BBC Radio 3) “strange and beautiful” (Richard Dyer, Boston Globe), and “engaging with an area of experience that new music is generally shy of, which, simplified and reduced to a single word, I’d call ecstasy” (Bob Gilmore, Journal of Music). She was elected to Aosdána in November 2021.

She has worked in many collaborative contexts including scoring film by Pat Collins (Living in a Coded Land, Henry Glassie: Field Work at Toronto Film Festival) and Tadhg O’Sullivan (Solas Céad Bliain, To The Moon), dance by Liz Roche Company (I/Thou) and installation with Clare Langan (The Human Flock). Awards include a Fulbright scholarship to New York University, a Civitella Ranieri Fellowship, the Frankfurt Visual Music Award (for Silk Chroma) and Gold at the New York Festivals Radio Awards (for Mother’s Blood, Sister Songs documentary with Athena Media).

Recent collaborations include work with experimental folk duo Anna & Elizabeth, writer Doireann Ní Ghríofa as well as premieres by Irish National Opera, Hebrides Ensemble, Contempo Quartet, Iarla O’Lionaird, Joby Burgess (Barbican commission), Nordic Viola and Crash Ensemble. She was invited by John Schaefer’s New Sounds Live (WNYC) to present the New York premiere of a new live score to the silent horror film Nosferatu (co-composed with Irene Buckley) at Brookfield Place. Linda holds a Music Degree from University College Cork, a Masters in Music and Media Technologies and a PhD in Composition from Trinity College Dublin. She has lectured in Composition at Trinity College Dublin, Pulse College at Windmill Lane and at the Royal Conservatoire of Scotland. In September 2020 her NMC record, From Ocean’s Floor was released: “The Irish composer combines traditional séan-nos singing with an electronic soundscape, connecting past and future … It’s clear how much Buckley deeply connects her past to her present, opening up possibilities for our mutual musical futures.” Guardian – Album of the Month, ‘a masterpiece in connecting the past and future.’ Evening Standard 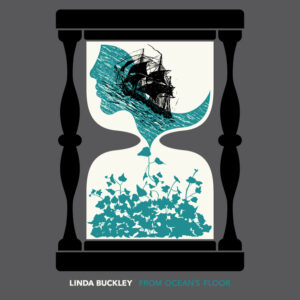 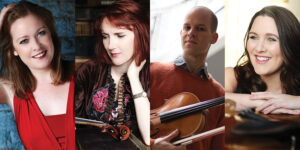 New work for string quartet for performance by the Ficino Quartet during a tour of Ireland 7-11 December 2022, alongside music by Caroline Shaw, Philip Glass and Ravel. 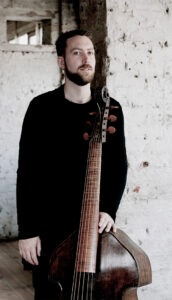 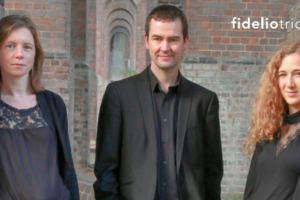 Moving on Music commission for performance by Fidelio Trio + Uilleann Pipes, to compose a piece in response to one of J.B. Vallely’s artworks 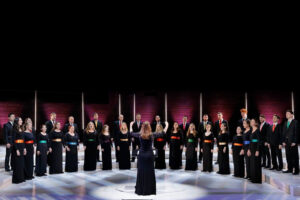 The work will be part of a wider, six-piece song cycle, (un)Sung Heroes: Mná na hÉireann, and will be premiered by New Dublin Voices
July 2022
Brightening for Lina Andonovska & Michelle O’Rourke 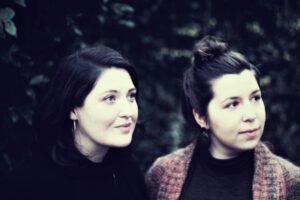 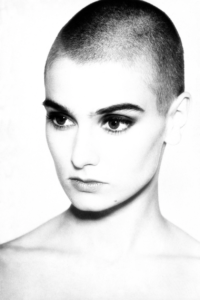 Original score for film Nothing Compares with co-composer Irene Buckley.

A feature documentary that tells the story of Sinéad O’Connor’s phenomenal rise to worldwide fame, and how her iconoclastic personality resulted in her exile from the pop mainstream. Focusing on prophetic words and deeds across a five-year period (1987-1992), the film reflects on the legacy of this fearless trailblazer, through a contemporary feminist lens. The film will receive its world premiere at Sundance in January 2022. 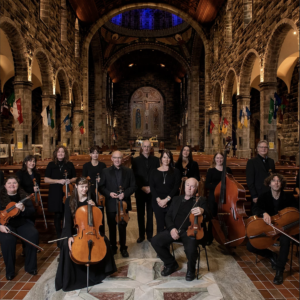 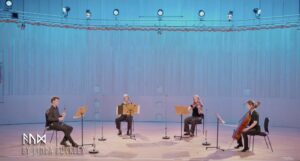 Nordic Viola shares traditional and contemporary music inspired by the sagas and seascapes of the Norse world from Orkney to Iceland. Aud, inspired by one of the first Icelandic settlers and her journey from Ireland via the Northern Isles will receive its first live performance in Shetland